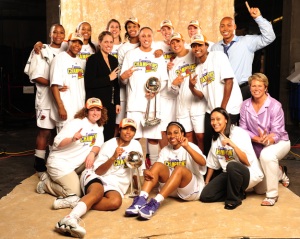 A champion is someone who has an outlook of optimism. It’s an attitude: the ability to see the opportunity in the problem.

Persistence is also important because no one accomplishes everything on the first try. Some people believe in beginner’s luck. But luck eventually runs out, and then it’s just you and your commitment!

Pil Sung is a Korean word that I learned when I took Choi Kwang Do (martial art style with its roots in Tae Kwan Do). It means “indomitable spirit.” It reminds me that you can’t let your spirit get down because your body will follow.

(from “A Hero In Every Heart” by H. Jackson Brown, Jr. & Robin Spizman