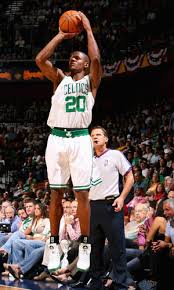 The below post comes from a man I have come to admire & study over the past year! It’s highlights a lesson we can all learn: “excellence before ego!”

Ray Allen had a night to remember when he broke the NBA Career 3-Point Field Goal record formerly held by Reggie Miller. As I said to Ray when he got to the bench, “all those hours of work do pay off!” His just reward is to go down in NBA history.

Many have already asked me about Ray and his famous shooting workouts, but this is not the message that should be gleaned from his accomplishment. The most important message, and the lesson I got from the night, was how Ray puts “Excellence over Ego.” He is simply more about perfecting his role and his craft so that he can help the team win Championships than he is about satisfying a personal ego.

Does he have an ego? Yes! All greats in any line of work have egos, but Ray knows how to discipline his ego. He has the quiet confidence of knowing he has put the time in the gym preparing his game, the time in the weight room preparing his body, the time on the track preparing his cardio, and finally the discipline to fuel his body the proper way. This is what has allowed him to build up his shooting stamina to be able to shoot big shots in big late-game situations. His ego is more about a strong confidence that he is ready, rather than a false bravado hoping that the opponent is afraid of him!

What I have learned from Ray Allen is that you can be a star and still carry yourself with class. You can be one of the best ever and still not have to “talk a good game.” You can have an ego and still not be cocky. And you can strive for excellence every day knowing that it will lead you to great heights…but do it in a professional manner!

You can’t get much higher than being the All Time Leader in a league full of the best in the world! Excellence over ego……..a lesson we all should learn. Thanks, Ray!