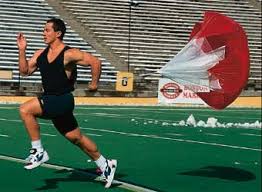 Steve Young, former quarterback of the San Francisco 49ers who led his team to a Super Bowl victory in 1995, said the following in his foreword to Gordon B. Hinckley’s book, “Way To Be”:

“From my experience, life is alot like football. I can tell you from painful experience that throwing an interception on Monday Night Football with 80,000 fans screaming at you in the stadium and millions more watching on television is embarrassing and depressing.

The boos from the crowd ring in your ears. Your teammates look at you as if you had stolen their lunch. At those moments, you just want to dig a hole and disappear.”

Rich Gannon, the quarterback of the Oakland Raiders who led his team to Super Bowl XXXVII in 2003, set an NFL record for pass completions (418) and was voted the league’s MVP, can empathize with Steve’s sentiments.

During the 16 regular season games, Gannon only threw a total of 10 interceptions. However, in the Super Bowl- the most important game of the year he threw 5 touchdowns, which resulted in 3 touchdowns and a field goal (a total of 24 pts) for the Tampa Bay Buccaneers. When considering the final score of the game, Tampa Bay-48 Oakland-21, the 24 points off interceptions was most likely the difference between winning and losing.

Many times in the game of life, no matter how prepared we are,  we throw interceptions that set us back or even cause temporary defeat in our quest for success and prosperity. You may ask, how can this happen?

Steve Young shares his point of view on this question: “Often we face situations in which it feels as though we are throwing blind – we must make decisions without knowing exactly what the consequences can be.”

“In Think and Grow Rich”, Napoleon Hill said this about defeat: “No follower of this philosophy can reasonably expect to accumulate a fortune without experiencing temporary defeat.”

Defeat, refines our character and develops a greater depth of knowledge, experience, confidence, and an awareness of our dependence on Infinite Intelligence. Our response to throwing an interception in the game of life is the key to ultimate victory or defeat. This is very apparent during the Super Bowl.

After Rich Gannon’s first interception, which led to a Buccaneer touchdown, the countenance of the Raiders’ players changed and they began to look defeated. And even though two touchdowns in the 3rd quarter sparked the Raiders to life, another Buccaneer interception in the fourth quarter quickly extinguished this spark.

As Steve Young says, “if we are going to play the game of life we can assume that we’re going to throw a few interceptions or make a few mistakes from time to time.” The following five steps will help you deal positively with an interception or temporary defeat:

1. Keep your focus on your goal and purpose for playing the game: In your mind continue to see the successful completion of your goal.

2. Have a good friend/associate be your coach and mentor to encourage you, pick you up when you make mistakes, and reinforce the fundamentals that you’ve learned from winning!

3. Have a reliable support system to track your results and encourage you through discouragement and defeat.

4. Surround yourself with those who believe in your dream as much as you do.

5. Never be prepared to accept losing the game (your dream) even when momentary defeat overtakes you – losing a battle is different from losing the war.

Great rewards come with great challenges. The choice is up to each of us: either the safety and security of aiming low, or we develop the fundamentals for success and then shoot for the stars, accepting the challenges and temporary defeats along the way.

Helen Keller, the epitome of one who, with the right frame of mind, overcame severe challenges and defeats, said: ‘Life is either a daring adventure or it is nothing.”

Ultimately “It’s not what happens to you; it’s what you DO about what happens to you” — AR Bernard — so, what’s it gonna be the next time you throw an “interception in the game of life”? Will you let it make you into a “defeated Raider of 2003”, or will you choose to “never be prepared to accept losing the game (your dream) even when momentary defeat overtakes you” and keep playing?”

As Winston Churchill said, “Success is not final, failure is not fatal: it is the courage to continue that counts.”