Inaction breeds doubt and fear.
Action breeds confidence and courage.
If you want to conquer fear, do not sit home and think about it.
Go out and get busy.

Perseverance is a great element of success. If you only knock long enough and loud enough at the gate, you are sure to wake up somebody. ~Henry Wadsworth Longfellow

Life is not easy for any of us. But what of that? We must have perseverance and above all confidence in ourselves. We must believe that we are gifted for something and that this thing must be attained. ~Marie Curie

Great works are performed not by strength but by perseverance. ~Samuel Johnson

I do not think that there is any other quality so essential to success of any kind as the quality of perseverance. It overcomes almost everything, even nature. ~John D Rockefeller

Through perseverance many people win success out of what seemed destined to be certain failure. ~Benjamin Disraeli

Patience and perseverance have a magical effect before which difficulties disappear and obstacles vanish. ~John Q. Adams

NEVER let your head hang down.

NEVER give up and sit down and grieve. 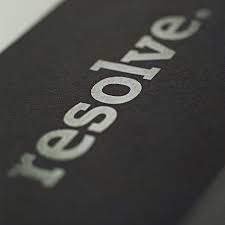 "Resolve To Keep Coming Back"

We keep going back, stronger, not weaker,

we will not allow rejection to beat us down.

It will only strengthen our resolve.

To be successful there is no other way. 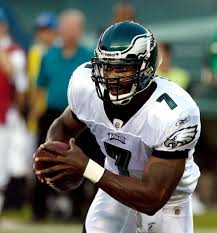 Many a man has finally succeeded only because

he has failed after repeated efforts.

If he had never met defeat

he would never have known any great victory.

First of all; YES… I am on a Orison Swett Marden flow these last few days. The man was a great thinker. Check out more of his quotes here.

When I saw this Marden quote, I thought of Michael (Mike) Vick. He’s made an amazing comeback in his career & life! What a incredible journey the last three years of his life have been!! Yet, last week he was named to the NFL Pro Bowl and has been named one of the “Top Ten Comeback Stories of 2010” by Time Magazine! There is also another article in Time called, “From Prison to the Pro Bowl, the meaning of Mike Vick.” (click here to read)

What can WE learn from the Mike Vick story?

Now I know there are some that may never forgive his crimes, but that is not what I am addressing today… I am recognizing his ability to overcome this incredible adversity and get back on the road to success. I daresay, many would not have been so committed to do the things necessary to change… It will be a process for Vick, but I believe he has the right “tools” in his life to make it all the way back! I pray he has the strength & focus to stay on the “path.” Congratulations, Mike, for what you have accomplished so far!!

I end with a quote from MY mentor, Dr. AR Bernard, “Change is not an event; it is a process.”

“Be Like THIS Mike too & overcome the adversity in YOUR life!”

“To make our way,

we must have firm resolve, persistence, & tenacity.

We must gear ourselves to work hard all the way.

We can never let up.”

I believe life is constantly testing us for our level of commitment,

and life’s greatest rewards are reserved for those who demonstrate

a never-ending commitment to act until they achieve.

This level of resolve can move mountains,

but it must be constant and consistent.

As simplistic as this may sound,

it is still the common denominator separating those

who live their dreams from those who live in regret.

“Anyone can dabble, but once you’ve made that commitment, your blood has that particular thing in it,

and it’s very hard for people to stop you.”